Doctor Who certainly has come a long way. 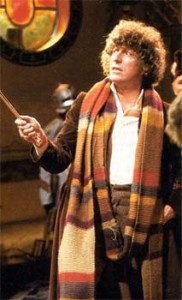 The scarf. Tom Baker as the 4th Doctor.

The original TV show, which aired on PBS when I was a kid, was required viewing when I was home sick from school. I had no idea what was going on in any given episode I watched, however, but it had robots and crappy sci-fi special effects, and during a time when Star Wars was the predominant influence in my life, those robots and special effects were enough to make me curious. But lordy, were those effects and robots crappy. In fact, what I remember most about the show from those days was, naturally, the scarf. Tom Baker’s scarf would go on to become the most iconic aspect of the show for a generation of American boys who had no idea what they were watching whenever they tuned in. And for years, decades even, Doctor Who was the show with “that guy with the scarf.”

Not much of a legacy. 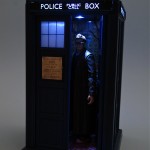 There were many cultural differences that may have contributed to this, but I think first and foremost British TV was miles behind American TV in terms of production values, so the show looked crappy in comparison to, say, Battlestar Galactica, so rather than dazzling the audience with special effects, Doctor Who relied heavily on exposition and dialog, two things sure to put the average 11-year-old to sleep when they’ve been conditioned to expect lightsabers and Stormtroopers. The pacing was slower, the sets looked cheap, and it was just really hard to get into in general for someone with little to no context. 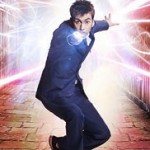 David Tennant as the 10th Doctor.

When the BBC brought Doctor Who back in 2005, they did the right thing by investing a lot in the show. They got a big-name actor, relatively speaking, to play the Doctor: Christopher Eccleston. The Doctor had always been played by unknowns (in a certain context, at least), so this casting choice brought some needed attention to the show. The aliens looked like convincing aliens and the show didn’t rely so heavily on exposition. There was now lots of action, action that looked convincing and provided actual tension. The pacing was good and suddenly it didn’t matter that I hadn’t watched all 600 episodes that preceded it to understand what was happening; this Doctor was creating a whole new world for the series with his TARDIS and sonic screwdriver. And I was hooked.

And then… shit got real.

David Tennant took over as the Doctor in season 2 and he would go on to define the role for a whole new generation much the way Tom Baker defined the role in the ’70s and ’80s. But this time the Doctor was not to be defined by a rather questionable fashion accessory, but with stories and an attitude that would finally make it click with American audiences. 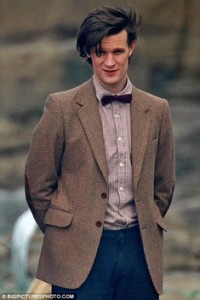 Where this new Doctor Who series succeeds so effectively is they’ve managed to make the Doctor “cool,” a rock star, in the purest adolescent fantasy sense of the term. The Doctor has never been cool, at least not by the standards established by American culture. Sure, Tom Baker’s Doctor was interesting and iconic and even had a bit of panache to him, but he certainly wasn’t “cool.” The others who preceded Chris Eccleston’s 9th Doctor? Pure British dandies. When Americans poke fun at the Brits, it’s the stereotypes held up by those characterizations that are often the target. These new guys though? Any one of them looks as though they could go toe-to-toe with Jarvis Cocker in a battle of Brit Pop cool, even Matt Smith’s 11th Doctor with his bow tie. No, make that ESPECIALLY Matt Smith’s 11th Doctor with his bow tie. He evokes Morrissey and Bret Anderson in their prime and makes the life the Doctor lives impossible to resist. 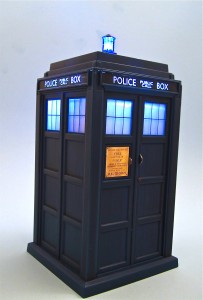 The Doctor is a unique interpretation of the traditional hero paradigm with particular emphasis on concepts that appealed to us as children. He doesn’t age, at least not like we humans do; he has fun all the time and even in the most dire situations he still looks like he’s having fun; and he has the coolest toys. In a culture that has all but turned youth into a commodity, we live vicariously through a man who is blessed with the freedom to live his life as the eternal adolescent, so to speak.

And that’s what Doctor Who does – it sells the ultimate adolescent fantasy to old farts like myself who no longer have such fantasies. It’s exciting and invigorating in a way I haven’t experienced in a long time. While the stories are good, often excellent, there’s so much more than the stories that make the show so appealing. I feel I have a renewed Peter Pan complex thanks to the Doctor. And I think I’m OK with that.

But if I can’t have my own functioning TARDIS, I’ll certainly settle for the toy!

Canonball enjoys haunted houses, drinking fake egg nog, checking books out from the library and not reading them, and taking part in various types of online nerdery, like contributing to The Fwoosh and The Short Box.
View all posts by canonball →
This entry was posted in Action figures, TV Shows and tagged Christopher Eccleston, David Tennant, Doctor Who, Matt Smith, sonic screwdriver, TARDIS. Bookmark the permalink.