It’s Been 25 Years Since Orson Welles Tried to Eat Cyberton. 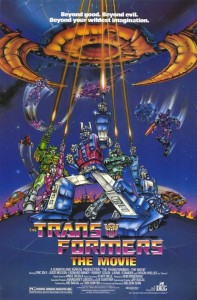 This summer marks the 25th anniversary of the original “Transformers” movie, which is so hard for me to believe because I still vividly remember my dad taking Mauricio and I to see it at a Sunday matinee in my old hometown. This movie was something of an event for me because it was released near the height of my “Transformers-mania” and years later would still be regarded as one of the more traumatic movie-going experiences of my young life. Seriously! Anyone who had any kind of emotional investment in this franchise or these characters going in to this movie left feeling slightly jarred, at the very least. These were characters we spent our afternoons with, as well as many birthdays and Christmases. Every day after school Optimus Prime, Ironhide, Bumblebee, Prowl, etc. kept us company and kept us entertained while teaching us the ins and outs of nobility and integrity. When the cartoon wasn’t airing, I was able to pick up the Marvel comic and feed my Autobot fixation any time and any place. Because I was so absolutely immersed in the Transformers universe, the paradigm shift that this movie wrought really knocked me on my ass in a way no movie ever has. 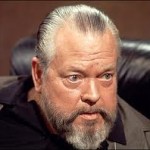 The role of a lifetime, you say?

On it’s surface, there really wasn’t much to this movie. It was an animated movie based on a popular after school cartoon, comic, and toy line. It had a better-than-average cast for an animated movie with the likes of Orson Welles, Leonard Nimoy, Judd Nelson (he was a big deal in ’86!), and Eric Idle all voicing characters, but aside from whatever draw those names carried with them, there wasn’t much there for anyone who wasn’t already intimately familiar with the property. Which explains why my dad was dead asleep 15 minutes into it. No matter. What did he know? We, the fans, knew this was going to be epic. And it was. 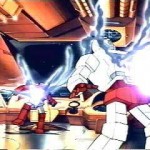 Ironhide and Ratchet on screen for the last time.

The thing that really set the movie apart from the daily cartoon was, well… death. In the TV show, characters didn’t die (there were toys to sell, dammit!). Sure, they were hurt now and then, but they always bounced right back and lived to fight another day, and sell another toy, as it were. In the movie, however, there was an elevated level of violence that led right into key characters dying left and right within the first half hour of the movie. Ironhide, Ratchet, Brawn… major characters were being slaughtered right up there on the big screen and all I could do was take it all in in a state of almost total disbelief. I thought it was awesome. It made the movie feel so much more significant than just a longer, louder episode of the TV show that my sleeping dad had to pay for. Naturally, with this kind of property, I assumed these characters would be back before the movie was over, but I was shocked to learn I was wrong. This movie was effectively tearing down what had come before in order to make room for the new. It was a gutsy move. 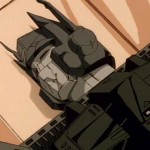 Now picture me a blubbering mess.

Optimus Prime’s death was the one that really got me. Two decades before the sobbing mess “Toy Story 3” would reduce me to, I was sitting in the dark of a theater with my best friend and my unconscious father trying like hell to not sob like a baby while I watched Optimus Prime die on screen. For years and years I would refer to that moment as the most emotionally charged piece of cinema I had witnessed. And I’m serious! It absolutely destroyed me. Even now, after having seen the movie countless times, I still get choked up every single time I watch Optimus turn gray and lose consciousness. It was like watching a member of the family pass. It was brutal. And it still is, to a degree.

What makes Optimus Prime’s death even more interesting was that Hasbro was effectively killing off the figurehead of one of their major cash cows. That just doesn’t happen, and I’m pretty sure it hasn’t happened since. In the void left by Optimus Prime and his core group of Autobots, a new crew would emerge to attempt to do the impossible and take the place of a group of characters kids like myself had come to cherish and, to an extent, rely on. 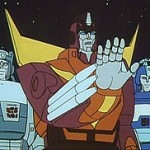 Optimus is gone. You must love US now!

It was a recipe for failure, but I’m not so sure I would call it a “failure.” The new group did catch on, and several would go on to be included among my favorites, but they would never reach the heights the original cast did when they first entered the hearts and imaginations of kids all over the world. For many fans, the movie felt more like the closing of a book, rather than just the end of one chapter. With so many key characters now dead, what was the point?

When the TV show picked up again after the movie, it wasn’t the same. The core movie cast were great in their own right, but they weren’t Ironhide and Optimus Prime. The franchise was asking us to make another emotional investment with another group, to feel the same way about these characters as we did about the originals. Some had a hard time swallowing that. Sure, there were some characters who carried over to make the transition easier, like Grimlock and Soundwave, but for the most part it became a totally different show. 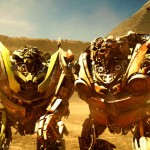 Regardless, the movie stands as a watermark in the Transformers canon. It introduced us to Unicron, Ultra Magnus, Galvatron, Kup, etc. It turned an incredibly popular property on its ear and it didn’t look back. I love it just as much now as I did back then, and I think it’s a safe bet that in another 25 years it will still be viewed as a more significant movie than the live-action Transformers movies of recent years.

1 Response to It’s Been 25 Years Since Orson Welles Tried to Eat Cyberton.