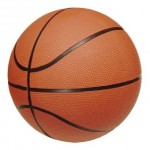 I’ve wanted a Unicron toy ever since the mighty Orson Welles first voiced the character in the original “Transformers” movie way back in 1986. Back then, during the height of my Transformers mania, there was no Unicron toy, so I had to use a basketball as a stand in when I played with my Transformers back then and oddly, it was enough. Most other key cast members from the movie received the Hasbro toy treatment – Ultra Magnus, Galvatron, Kup, etc. – but along with Arcee, Unicron would receive no plastic representation until much later. In late 2010, I would finally realize the dream of my 11-year-old self by adding a Unicron figure to my display shelves. Armada Unicron. Better than a basketball.

by the Classics line, I was as stoked as could be to learn a Unicron figure had been released as part of the “Armada” line a year or two prior, so directly to ebay I went. As I browsed the auctions, the sheer size of the figure had my eyes popping out of my skull and the figure looked to be everything I had hoped it would be. Truth be told, all it really had to do was be just a little bit better than that basketball in terms of character representation and I’d be impressed, so it really didn’t have too steep of a hill to climb. It even transformed into the giant killer planet eater from the movie (not to scale, of course, and smaller than that basketball, but still. I was stoked). I had to have it. Unfortunately, at the time, Unicron was selling for more than I was willing to pay for any single figure, so I kept my interest on the back burner. During this time Transformers was not even close to being the primary focus of my collecting, so when I say “back burner,” I mean a purchase was probably never going to happen. In 1996 my collection was focused on the Toy Biz Marvel Legends line, but Transformers Classics was definitely something that was on my radar, and I definitely still found myself pining for a Unicron figure. A couple years later Unicron was reissued as a Toys R Us exclusive in new packaging as part of the “Universe” line. The idea of getting Unicron at retail prices was all I needed to begin stalking stores in search of one. But as I read threads on message boards about the Unicron figure, many members would brag about how they got their Armada Unicron on clearance for a fraction of the retail price. Naturally, cheapness won out over desire and I decided to wait to see if THIS Unicron release would see ridiculous clearance prices at Toys R Us as well. Most stores seemed to have gotten quite a few of them, too, so I figured a clearance bargain was only a matter of time.

A year later, Unicron was STILL sitting around the shelves of my local Toys R Us stores at full price. Every time I walked down the aisle and saw this, I would express some manner of indignant outrage as though they were deliberately doing this to piss me off. It drove me crazy, but my resolve remained firm and I was not going to be the one to give in. Toys R Us had to drop the price if they expected me to buy this figure that I supposedly wanted so badly. So I waited. And continued to audibly curse every time I passed one in the aisle.

Well, the joke ended up being on me because suddenly, seemingly overnight, all the Unicrons vanished from my local stores. I don’t even know if the price had dropped or not. One day there were a bunch of them just sitting there, a few days later they were all gone. I like to believe I didn’t miss out on a killer clearance deal and that they were just shipped back to Hasbro or something, but I guess I’ll never know. Either way, I remained Unicron-less and disgruntled, which made the ebay listings even less appealing. So worth the wait.

Then, in 2010, Takara released what was simply called the “2010 Unicron,” which was the same basic figure as the Hasbro Armada and Universe releases, but this one was sporting a new, more movie-accurate paint job, and a NEW HEAD. Somehow, Takara had managed to produce what many, including myself, feel is the definitive version of this character by just taking the same tired old figure and slapping some new paint and a new head on it. It doesn’t sound as though they really did much at all, but I tell you – I am SO GLAD I never gave in and picked up either of the previous releases because this new version is an absolute thing of beauty, and I say that with no fear of hyperbole. I can NOT imagine a better representation of this character than what Takara put together. As soon as I saw pictures last summer, I knew this was the Unicron to get, and I was right.

I had refused to shell out $60 or $70 for the Armada/Universe Unicron, but suddenly I was OK with paying double for this, albeit superior, version? Well, I wouldn’t say I was OK with it, but I figured out a way to make it sting less. I did what I always do – I sold stuff on ebay to raise the funds! My Marvel Universe collection was sacrificed to the ebay gods and I raised enough to buy not only Unicron, but a whole crapload of other Transformers.

And it was totally worth it.

The figure is so big that I have trouble photographing it because it doesn’t fit in my (dinky) light box. Seriously, it’s the biggest figure I own. When I took him out of the box, it was like I was unwrapping another roommate. He’s huge. And he should be. Because he’s frikkin’ UNICRON – THE UNIVERSAL DOMINATOR.