Toys I Can’t Believe We Got: Marvel Legends Longshot

When Longshot made his debut in the Marvel Universe way back in 1985 in the pages of Longshot #1, Art Adams equipped him with throwing knives, a glowing eye (that let us know when his “mutant” power was kicking in), three fingers and a thumb on each hand, and… a blond mullet. It’s the mullet that everyone remembers, however. Mullets are hilarious now, but what people seem to either forget or not realize is mullets were hot stuff in the early ’80s, particularly among the euro-pop bands on MTV whose look Longshot was based. Even Bono had a pretty epic mullet back then. 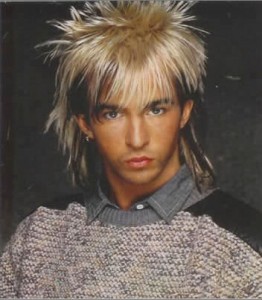 Longshot’s appearance was based on Limahl, the front man of the ’80s one-hit-wonder Kajagoogoo. That’s either a good thing or a bad thing, depending on your fondness of that era and how much nostalgia you carry for ’80s new wave music. For me, it’s a good thing, and it’s definitely one of the character’s qualities that make him so endearing to me. 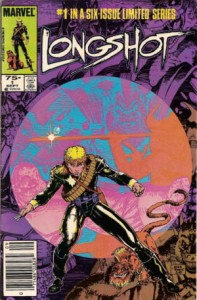 Longshot was also the first comic book I read as a “comic collector” that wasn’t GI Joe or Transformers, so it served as a key transition book for me that broadened the scope of my comic collection. I loved it and I still love it; it’s one of those books I return to and flip through often. CG even got me the Marvel Premiere hardcover edition for my birthday a couple years ago.
Despite my personal fondness for the character, I’m fully aware that he is not counted among Marvel’s more popular characters to the point of being rather reviled. Many people see the mullet and write him off to the point of being downright hostile, so that’s why I was so surprised to see the character see a release in Toy Biz’s beloved Marvel Legends line in 2006.

The figure’s sculpt is excellent and bears a great likeness to the character – mullet and all. But like several figures that were released during the final months of the Toy Biz run, he does suffer from some rubbery joints that hinder his playability a bit. Nothing major though, at least not to me, and finding him on the pegs was one of the best toy-nerd moments of my life. I bought two of them the first day I found them so I could open one and have one to keep carded. 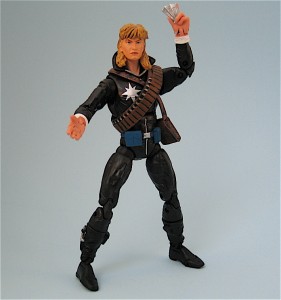 He ended up being one of the easiest figures in the entire Marvel Legends line to find, primarily due to his overall lack of popularity (he’s no Wolverine), and I can remember seeing a half dozen of them sitting around my local KayBee store (remember those?) untouched, even when clearanced down to $3.00. I kinda wish I had bought a few more at that price – I could have customized them and had a complete set of all of Kajagoogoo! 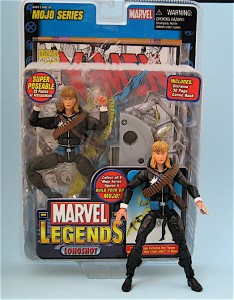 Longshot is still one of my favorite figures and I’m still incredibly thankful we got him in the Marvel Legends line.

Canonball enjoys haunted houses, drinking fake egg nog, checking books out from the library and not reading them, and taking part in various types of online nerdery, like contributing to The Fwoosh and The Short Box.
View all posts by canonball →
This entry was posted in Action figures and tagged Art Adams, Bono, Kajagoogoo, Limhal, Longshot, Marvel, Marvel Legends. Bookmark the permalink.

2 Responses to Toys I Can’t Believe We Got: Marvel Legends Longshot